Chilean Hans Podlipnik-Castillo is back fourth time in a row. Last year, after movement of the tournament to Poprad, he reached the singles final, which he will defend in two weeks’ time. We have interviewed Hans.
Podlipnik started playing his best tennis in High Tatras last year by eliminating Slovenian number one seed Blaz Kavcic. “That’s true, I played my best tennis and of course I will love to play there again. I love playing under the Tatras, I just love the nature in that place and maybe that gives me some extra energy,” said world No. 220 with smile on his face for www.tenista.sk, official website of the tournament.
Podlipnik eliminated Slovakian Vajda in Round 2, Belarussian Ignatik retired in the quarterfinal and he beat another Slovakian Gombos in the semi-final in three sets 6-4, 1-6, 6-2. “Last year matches were all good, maybe the match were I felt the best was against Norbert Gombos in the semifinals,” remembers Podlipnik.

He did not succeed in the final against Czech Pavlasek in three sets 2-6, 6-3, 3-6. He lost against the same player recently at the Roland Garros singles qualification. “I think Pavlasek is playing really calm, never rushing and playing very deep, that makes it very difficult for us to attack him. And once I play short he has a really good offensive game,” commented on Pavlasek and his game Hans Podlipnik-Castillo. Pavlasek will be defending his title in Poprad this year.

Podlipnik feels incredible in High Tatras. “I love the mountains, I loved the hotel and all the facilities. I think the place is just magical.”
Chilean has very strong relationship with Slovakia; he is member of tennis academy based in Trnava. He won the Slovakian title playing for this club in May. He often plays doubles matches with Slovakian Andrej Martin, his good friend. They won six challengers in doubles. The last one was in April 2016 in Torino. “I became really good friend with Andrej and we made a really strong bond together. We started playing doubles and I started to come more and more to Slovakia and stay in his apartment. Now we both are playing for TC EMPIRE Trnava which has been really great for me. It has been an unbelievable support in my career and im really proud that there is people in Slovakia who has believed in me and are trying to help me,” added Podlipnik. 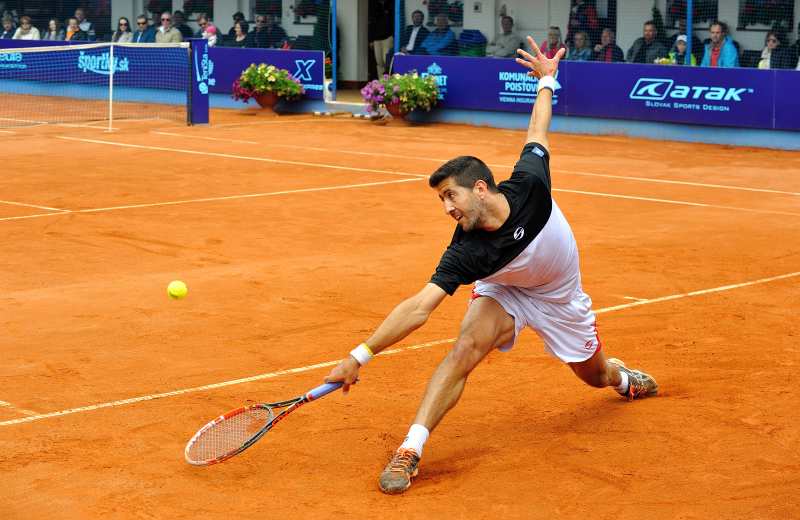